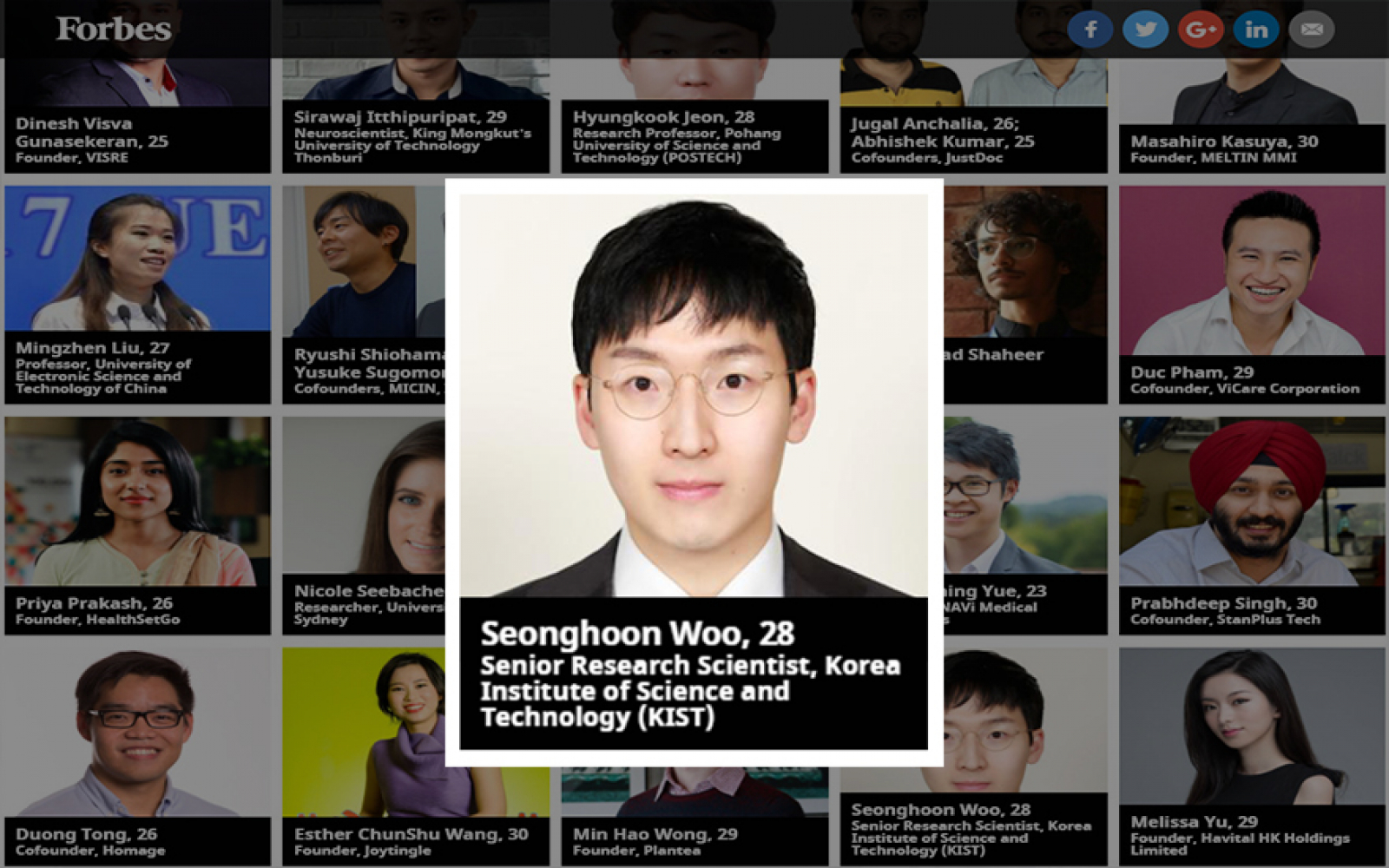 Who is the young Korean scientist in Forbes’ ‘30 Under 30 Asia’?

Dr. Woo Seong-hoon is a young 28-year old scientist working at the Korea Institute of Science and Technology (KIST), who specialises in spin electronics, ‘spintronics’ for short, the study of the intrinsic spin of the electron and its associated magnetic moment. Recently, he has earned international attention as one of the thirty young people to have been named in Forbes’ latest annual list of ’30 Under 30 Asia’ in the category of Healthcare & Science.

According to Moore’s Law, the number of transistors in a dense integrated circuit doubles approximately every two years, consequently allowing them to halve in size. However, as the components in electronic devices are able to become smaller, they are also required to deal with a rapidly increasing amount of information, making them less energy efficient as a result. Attempts to combat this have been stumped repeatedly due to the limits imposed by power consumption. Looking for a way around this obstacle, Woo began working together with Professor Geoffrey Beach in MIT, and together they found a way to achieve the world’s first method for realizing memory without using electricity. The breakthrough was possible by making use of nanomaterials and the spin waves of magnetic fields, and could lead to huge benefits in energy efficiency for devices. Their experimental findings were first published in ‘Nature Physics’, the most prestigious scientific journal of its kind, in January 2017.

Rather than stopping there, Woo has also been involved in research which has identified methods for applying the magnetic phenomena of ‘skyrmion’ to the next generation of broadband devices, allowing them to become much more powerful and efficient, published in the journal ‘Nature Communications’.

Forbes are not the only people to notice the promise behind Dr. Woo Seong-hoon and his research either, as Samsung have also provided large amounts of funding for his research.