AI vying to author next bestsellers in Korea 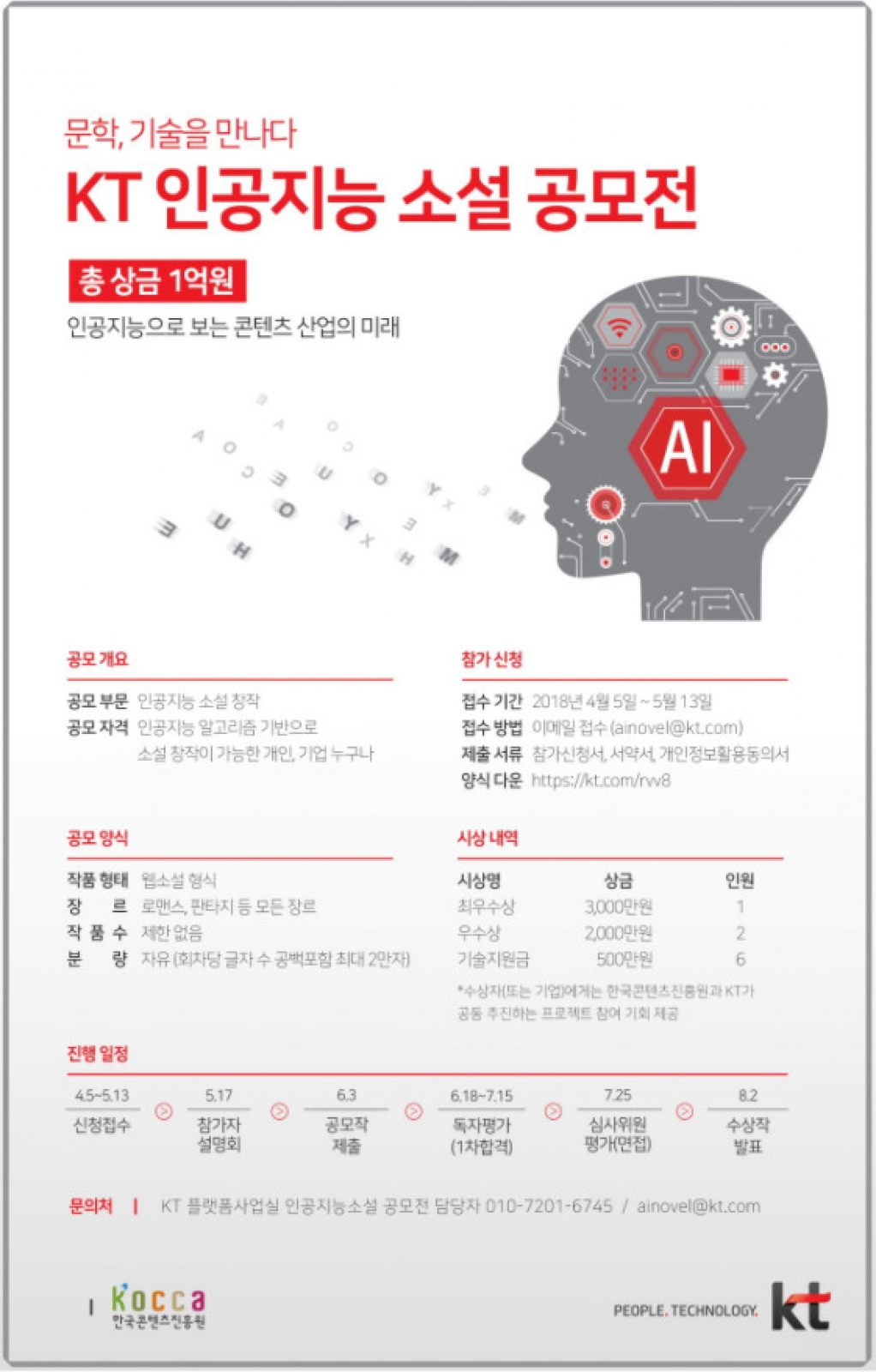 During the next month, South Korean telecommunications giant KT will be holding a literary competition exclusively for AI (Artificial Intelligence). The competition is open to any individual or company developing an AI, and they will be given a specific algorithm which the AI will follow along with any collected data they may have to write write a novel.

The first round of judging will evaluate the literary value of the novel itself, with the second consisting of interviews with AI specialists. The Grand Winner will receive 30 million won (~$28,200), with 20 million won each going to two runner-ups and another 5 million won each to six more.

Once the competition is concluded, KT will be publishing the produced works online for a month for the public to check out themselves.