Jang Jo-kyung’s parents left Korea for the Spanish island of Las Palmas when he was only 9 months old. In 2013, he moved to Los Angeles and created a social media group for other Spanish-speaking Koreans, but with the hallyu wave sweeping the world, before long the group was full of more South American k-culture fans than actual Koreans.

Having witnessed the success of k-drama streaming sites like DramaFever, Jang and two friends, Jung Seung-hwan and Jo Hyun-woo, decided in summer 2015 to create a service that would allow international k-culture fans to personally experience the foods they would be seeing in their favorite dramas. As Jang began buying snacks from a Korean supermarket in front of his workplace in LA and selling them together in a box for twenty dollars, SnackFever was born. 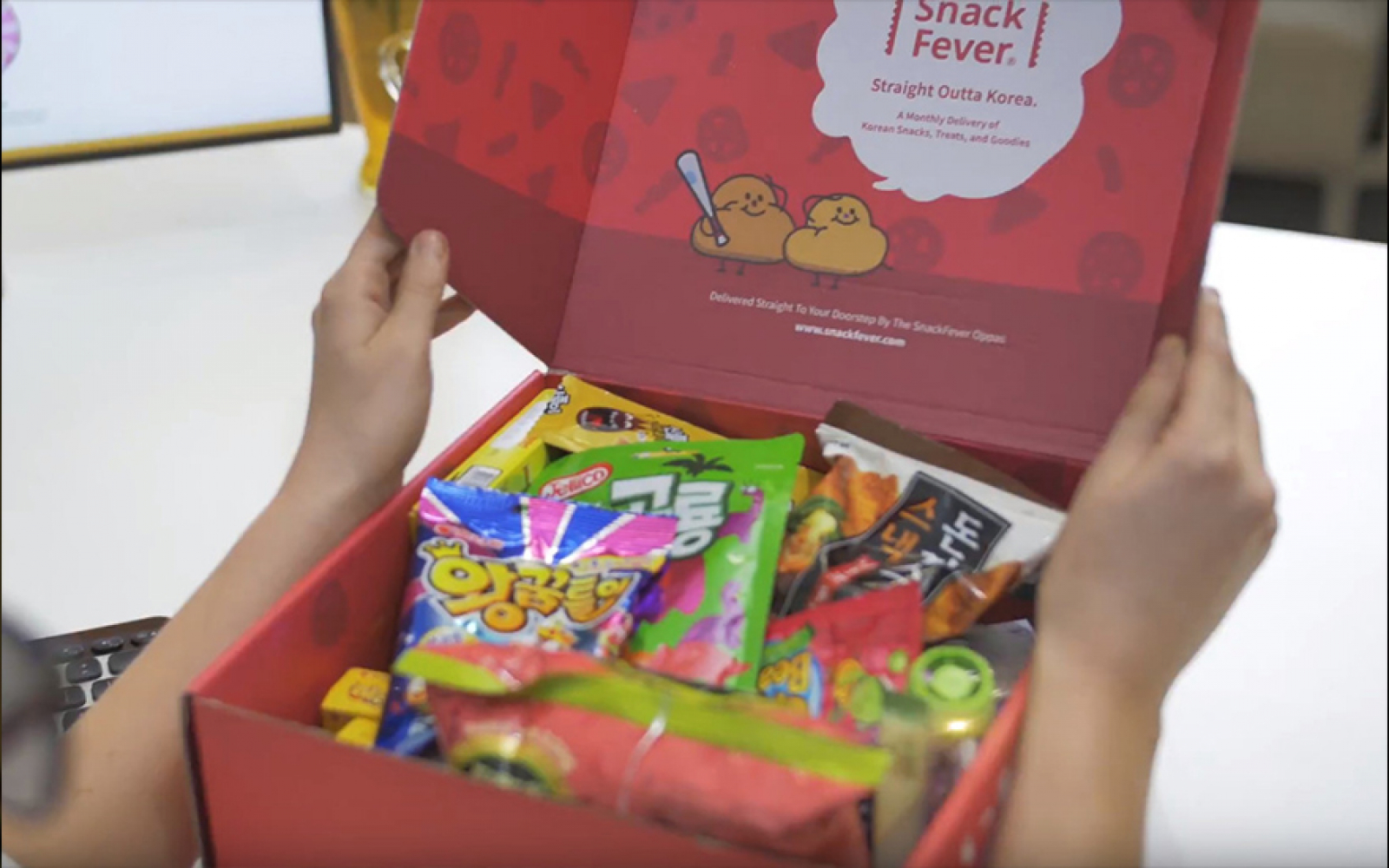 Word of mouth quickly spread and they now sell 200 boxes every day to people from 100 different countries, earning them over 1.5 million dollars a year. This success has allowed them to form partnerships with big names such as YG Entertainment and begin sourcing their snacks directly from Korea itself, where they have opened an office. Most importantly, it has enabled them to continue improving and refining their service, which is now a regular monthly delivery of either an Original (8~12 items) or Deluxe (10~15 items) box.