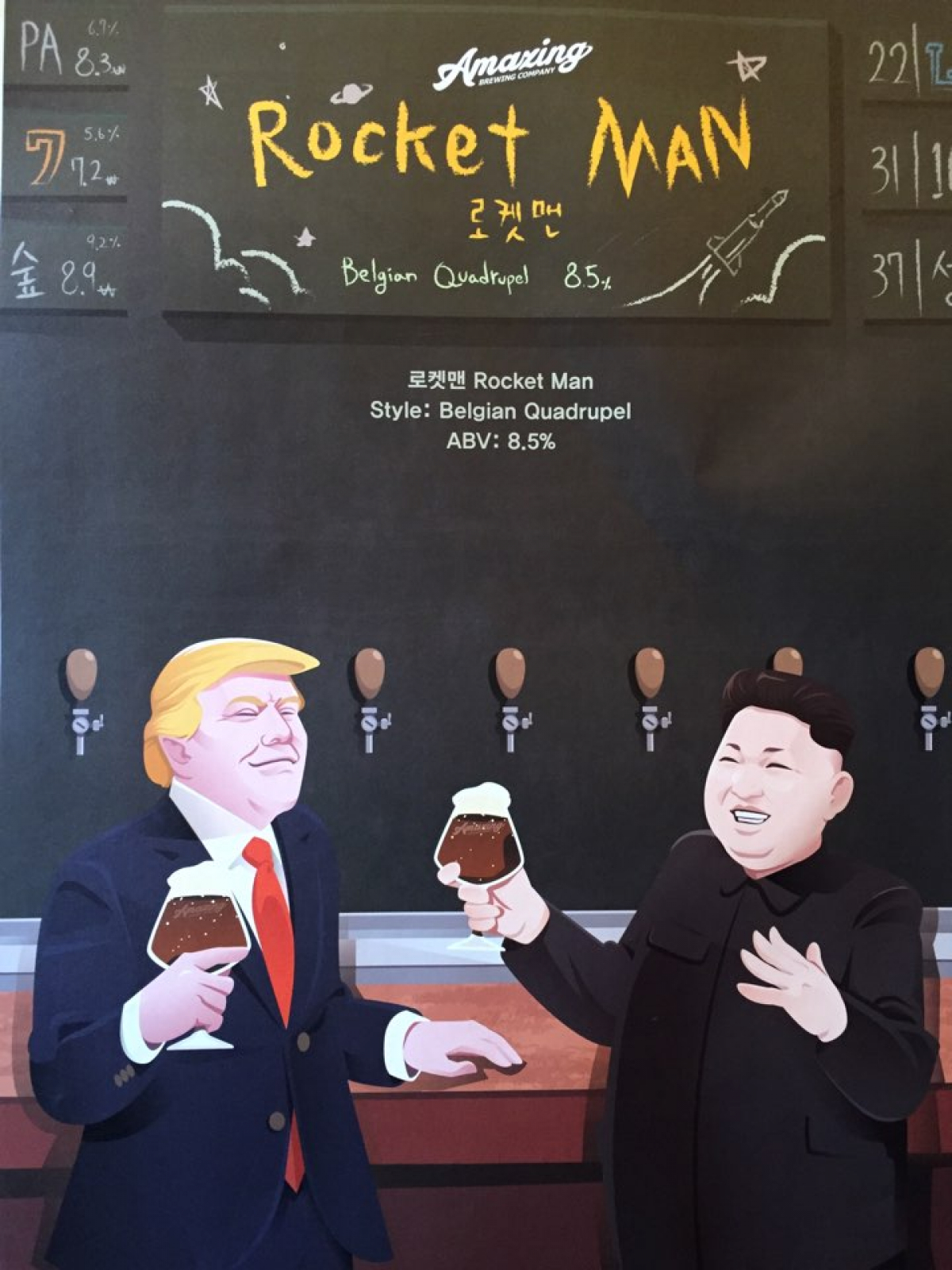 Do you know there is a pub that predicted today’s summit between North Korea and the U.S?

A popular Korean brewery, “The Amazing Brewing Company” has three pub locations in Seoul. They have been attracting a lot of extra attention with their unique named beer, ‘Rocket Man’. A delicious 8.5% dark beer, named after the nickname given to North Korean dictator Kim Jong-Un by Donald Trump.

Nobody expected a reconciliation between two heads except this pub. Attached image seems to be a prediction of the event held today.

Founders Kim Tae-Kyung and Steven Park first met in 2015 when Park won a beer competition judged by Kim, one of few Certified Cicerones (beer specialists) in Korea. The two immediately hit it off and set up beer brewing lab ‘Brew 101’, where they developed over thirty different recipes before setting up the Amazing Brewing Company in Sung-su, Seoul, in renovated wooden structure built in 1959.

Despite having the smallest brewery in the nation, capable of producing only 200 litres at a time, their ability to produce thirty different kinds of beer a month distinguishes them from other, larger breweries with less versatility, and alongside a variety of Guest Taps brings their total amount of beers on offer to 59, commemorating the year their Sung-su location was built.

The ultimate goal for Kim is to start selling bottled beers, and build a brand that will one day challenge leading Korean breweries Hite and OB.