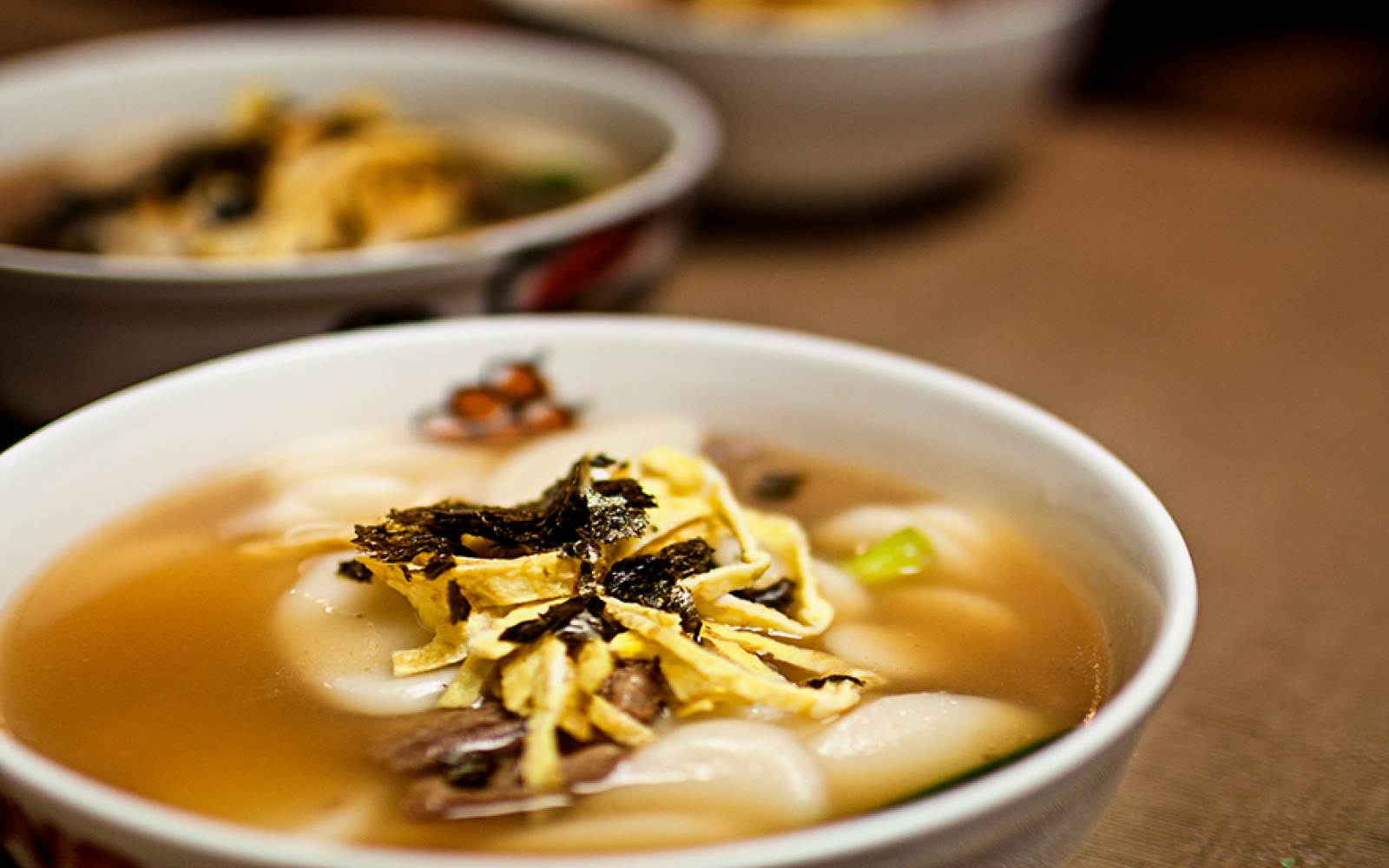 Korean rice cake soup, tteokguk, is made by boiling rice cake slices in the soup. Rice cake is the single major ingredient. Korean dumpling soup, manduguk, is made by boiling dumplings in the soup. Dumplings are the only major ingredient. Now, you can guess how to make tteok-mandu-guk, the rice cake and dumpling soup. The three dishes may look similar, made of similar, if not the same, broth and garnishes, and usually similarly priced, but they are authentically different dishes. 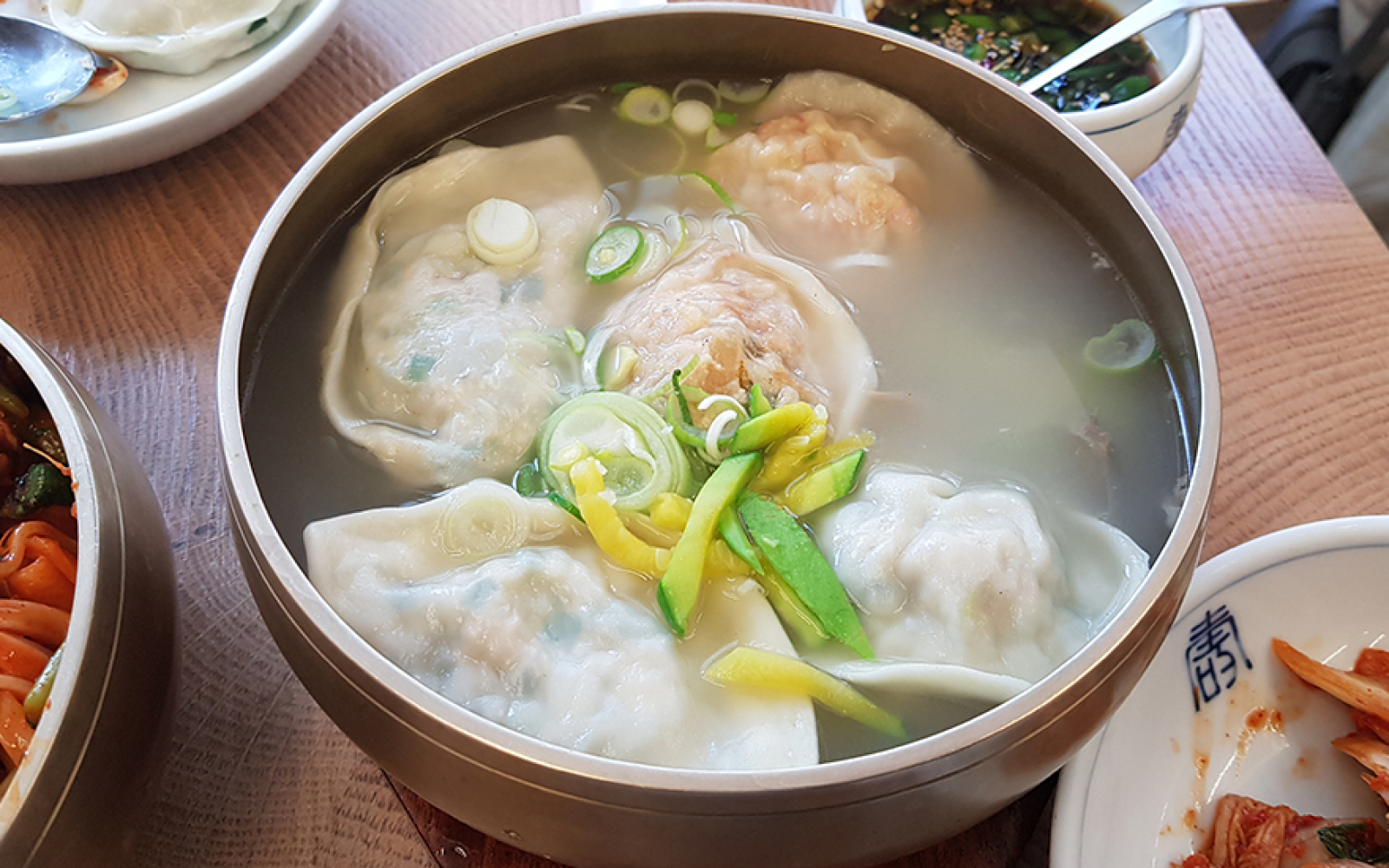