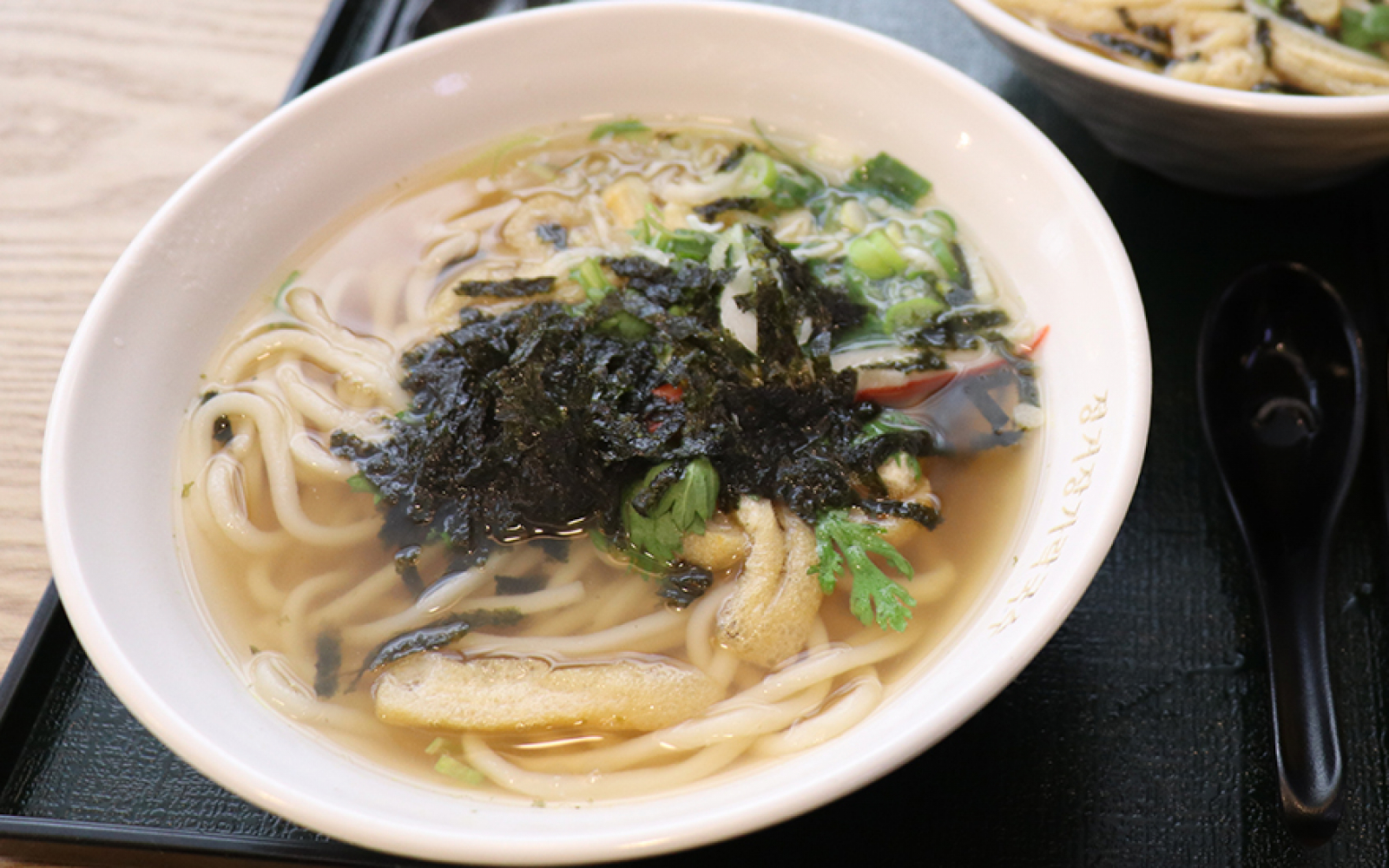 Garakguksu in Daejeon station is one of the famous noodle restaurant in Korea. Image by KnowingKorea.

Garakguksu, or Korean-style udon, was a specialty food of Daejeon station. Its origin goes back to the early 20th century. Most trains in the past had to stop at Daejoen station for switching or servicing, which allowed passengers to use a few minutes to get off and have noodles at the snack bar on the platform. Hurried eating became a part of train travelling, and Daejoen station became the home of garakguksu. Though today’s bullet trains do not need servicing at Daejeon, many people still think of garakguksu when they get off at Daejeon. There are a couple of noodle restaurants in the station building, which sell memory rather than taste. 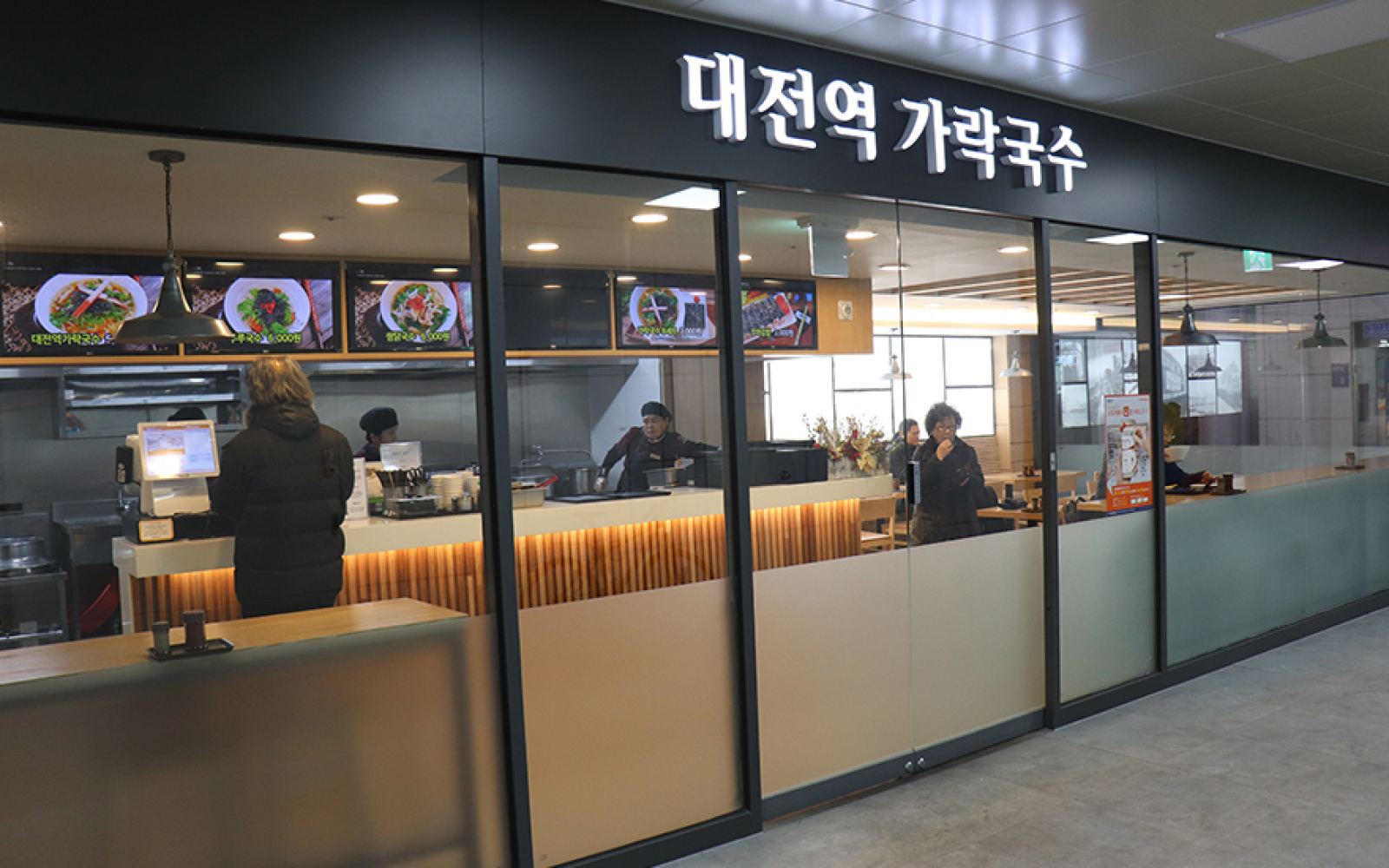