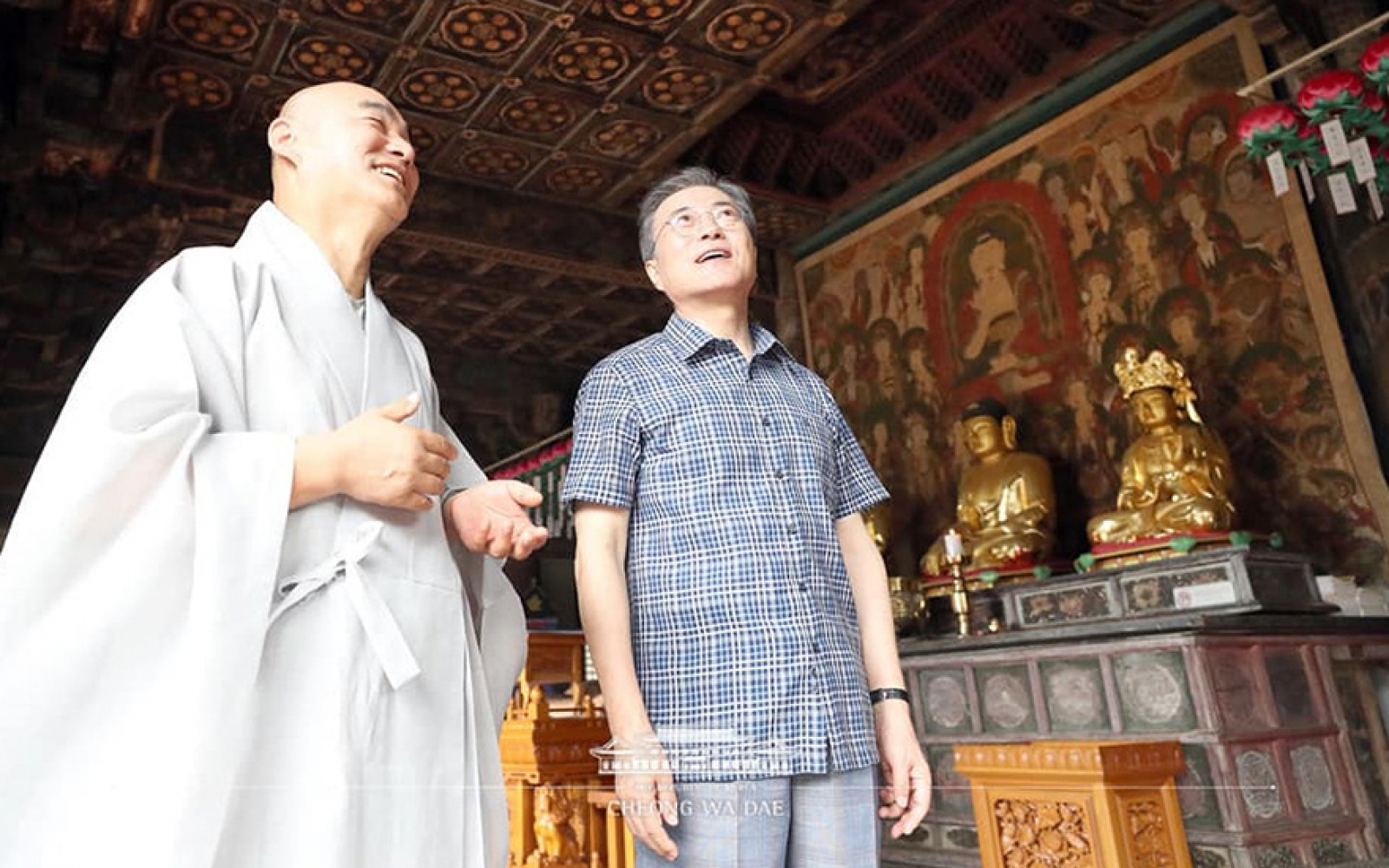 Image by The Blue House

Despite being a Catholic, Moon – who has a baptismal name of Timothy, meaning a man who serves God – has a large amount of interest in and respect for Buddhist culture.

Prior to his visit to Bongjeong Temple, President Moon has also visited the other six temples on the UNESCO list: Tongdo Temple, Buseok Temple, Beopju Temple, Magok Temple, Seonam Temple, and Daeheung Temple, where he studied for the bar exam as a student.

Having spent so much time in Buddhist temples, Moon has developed great affection for the tea served by monks. At a meeting of senior staff and aides held on August 10 last year, he proclaimed “Let’s introduce some tea!” before introducing them Gokwoo Tea, a type of green tea made by Daeheung Temple, where he studied for the bar. In order to promote the PyeongChang Winter Olympics, he even blended a tea of his own named “Serene Morning of PyeongChang” and served it to his international dignitary guests.

Not limiting himself to Korean temples, Moon also went trekking in the Himalayas during Summer 2016 with some of his closest aides, and on the last leg of his journey visited Bhutan, a country in which Buddhism is deeply rooted.

Considering all of this, it is no surprise that President Moon also had a close relationship with the late great Buddhist monk Oh Hyun. Following his passing last May, Moon uploaded a Facebook posted recounting an encounter between the two, when Oh handed him a makgeoli cup as a gift, before secretly slipping him a little pocket money.