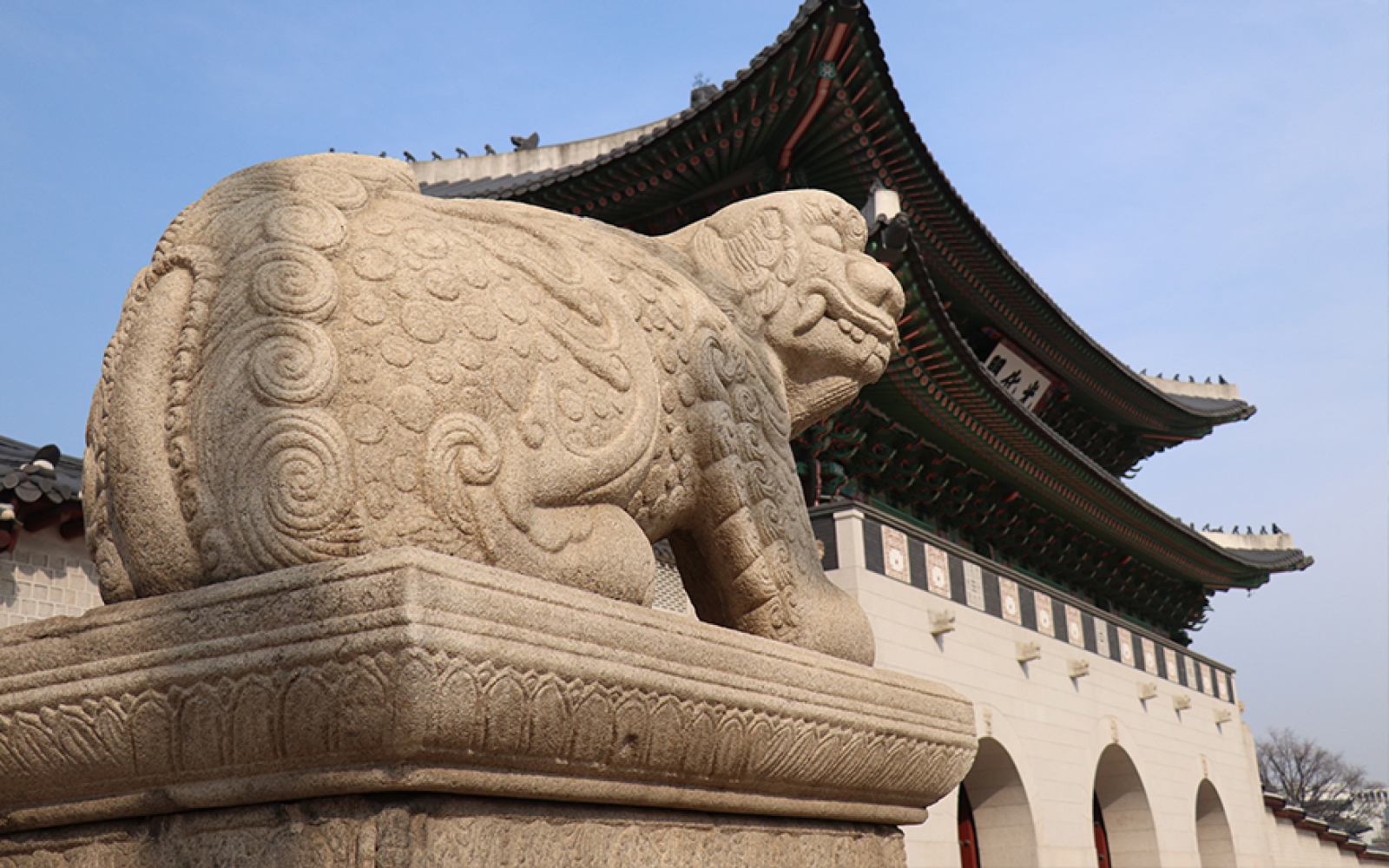 You may be shocked to learn that a fire-eating monster currently resides in Seoul. Known as Haechi, or Haetae, this monster happens to be the city’s mascot and is considered to be a sacred animal capable of defeating fire and disaster.

Back in the Chosun Dynasty the palace of Kyoungbok-gung was built with a pair of Haechi statues built at their gates, as per the laws of feng shui. Feng shui played a large role in the building of Kyoungbok-gung, and in the process of planning its construction a lot of attention was paid toward ensuring it was placed in the best possible position. Unfortunately, Kwan-ak mountain, known for containing the energy of fire, was directly facing the palace, an inexcusable flaw. In order to combat this, statues of Haechi were added at the gates to eat up the mountain’s fire energy.

Haechi is useful beyond there their ability to eat fire, however, as they are also capable of seeing through people’s minds, a skill they would put to use finding bad people and ramming them with their horns as punishment. If this ramming was not enough atonement, they may even eat the person whole. Such powers made Haechi very useful for weeding out corrupt bureaucrats, which is why they also become a symbol of the Saheonbu, a department within the Chosun Dynasty government responsible for investigating officials. In the spirit of this, Haechi is also placed at the front of both the National Assembly and the Supreme Prosecutor’s Office in modern day Seoul.