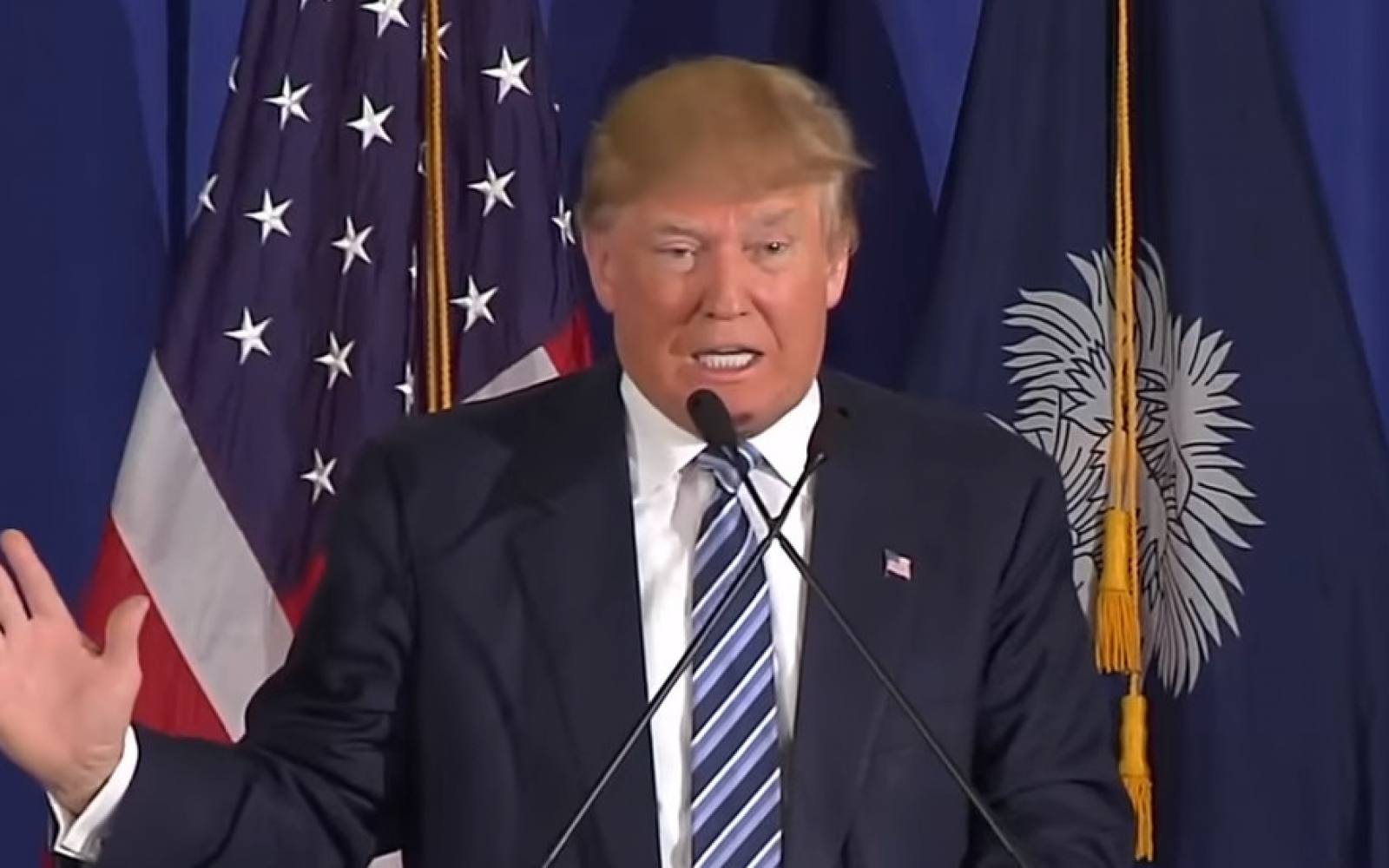 The Prophetic Donald Trump Advertisement in a Korean Newspaper from 1988

Thirty years ago, 45th President of the United States of America, Donald Trump, took out an advertisement in the first ever edition of Korea’s Hangyoreh newspaper for his new book “The Art of the Deal”.

Of course, book advertisements are far from out of the ordinary, however, what brings attention to this one in particular is the sub-headline describing him as “the man set to become the President of the United States of America”, 28 years before he would go on to run for and win the 2016 Presidential Election. 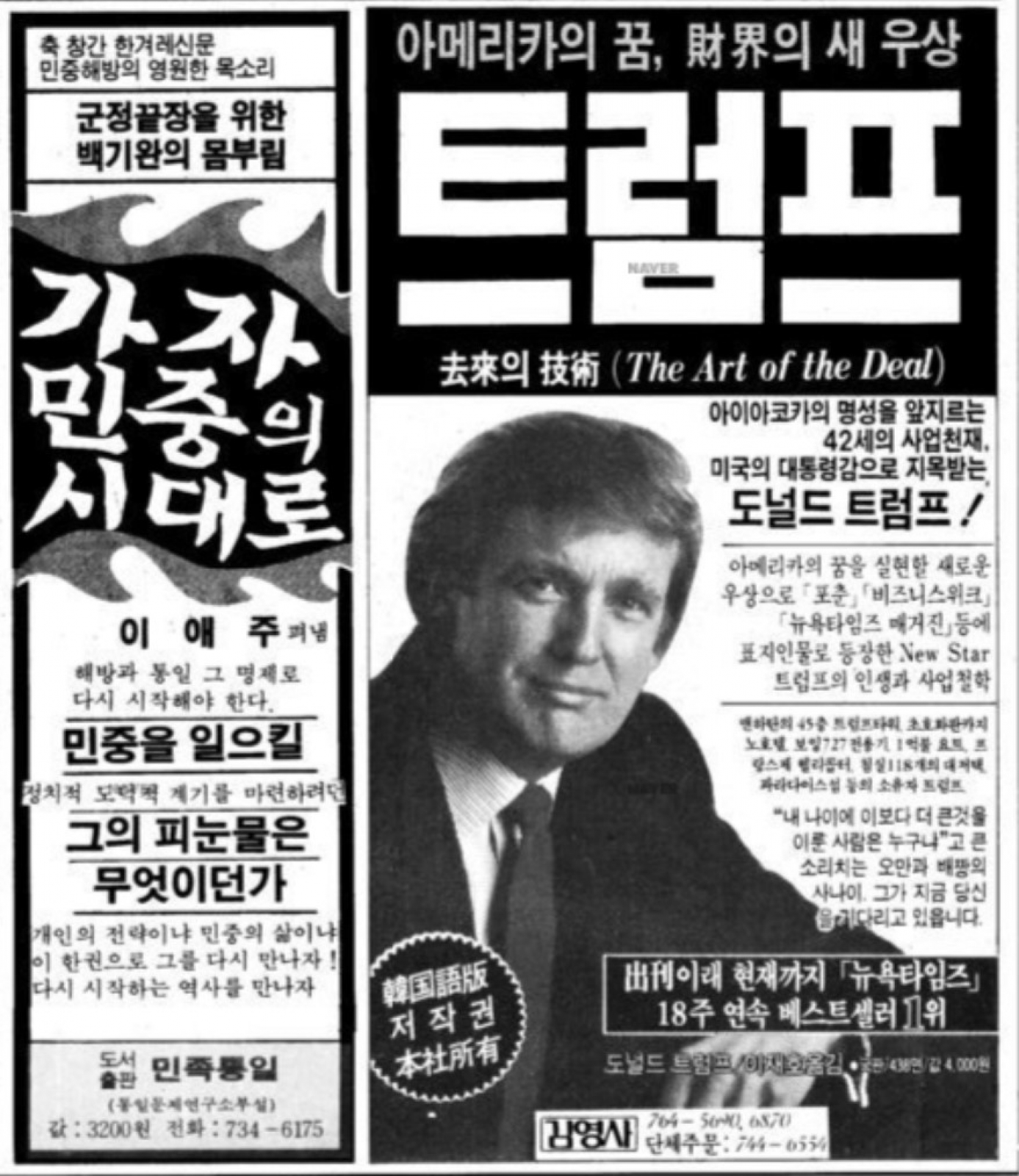