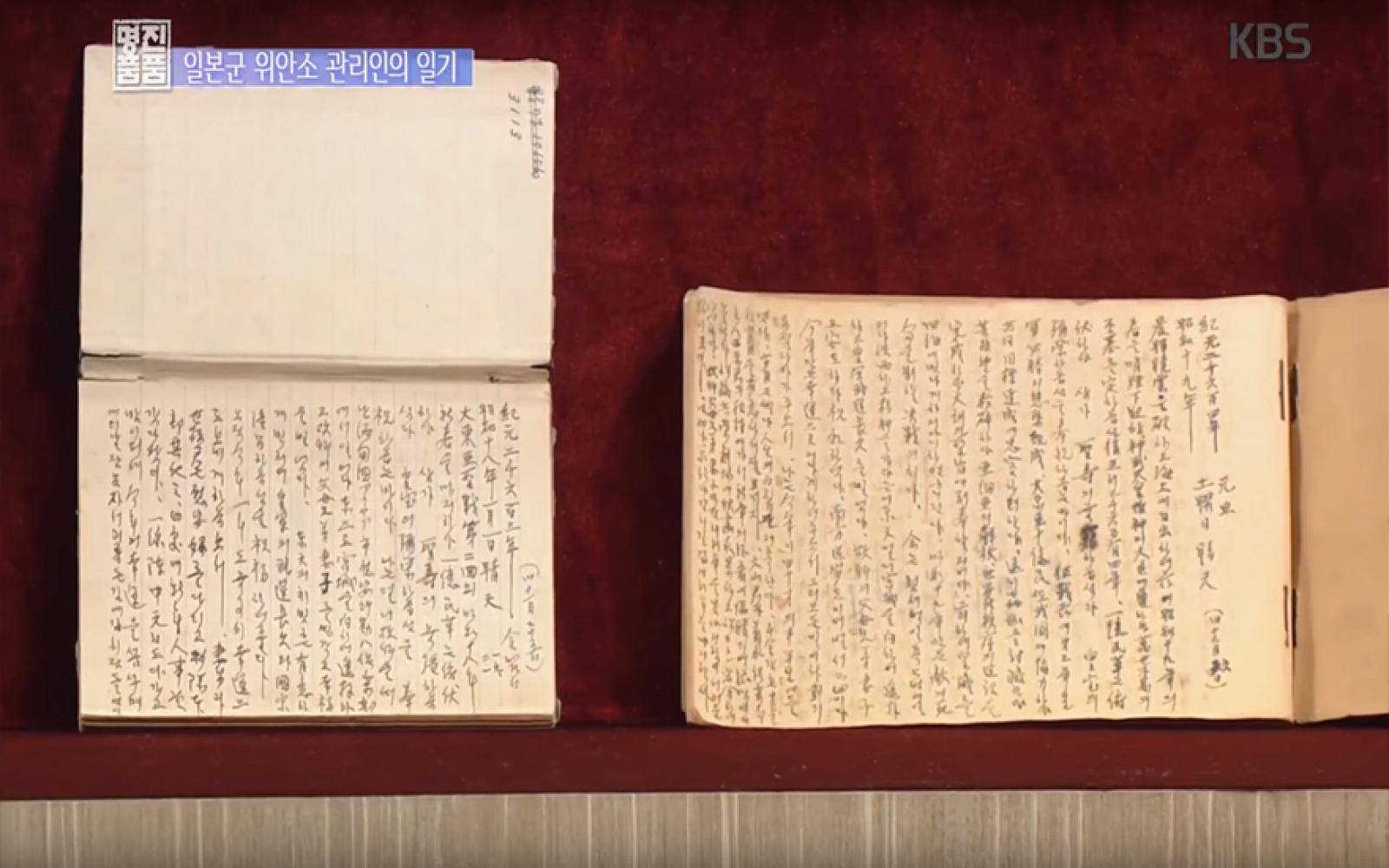 An old diary reveals the truth about comfort women

The Korean tv show “Masterpieces” recently featured two volumes of an old book titled “The Diary of a Japanese Military Brothel Administrator”, written by a Korean who worked in Myanmar and Singapore for two and a half years as an administrator for the Japanese army during the Japanese colonial period. Director of the Time Capsule Museum, Oh Chae-hyun, stated that since the attitude of many Japanese people toward the issue of Comfort Women is very different to the emotions felt by Koreans, he wished to inform them of the truth through the show. Comfort Women were women from across Eastern Asia forced into sexual slavery by the Imperial Japanese Army during the Second World War, yet many feel the Japanese government has done an inadequate job in apologising and compensating the victims.

The diary contains a large number of records written between January 1st 1943 and December 31st 1944 concerning the management of military brothels, and the lives of the women forced to work in them. Containing regular reports to superiors and recording of orders received from Japanese military officials, the books provide conclusive proof of the involvement of the Japanese military and government in sexual slavery.

One entry from April 6th 1944 mentions “Tsumura, who was in charge of the 4th Comfort Corps when they left Busan the year before last,” showing that even in the best case scenario, Japan was responsible for forming at least four different corps full of comfort women.

From the start, the Japanese Imperial Army sought to cover up their actions and suppressed the production and disclosure of documents related to the comfort women policy. This has led to a distinct lack of primary sources from eyewitnesses, meaning we have had to rely on the oral testimonies of the Comfort Women themselves, and secondary press sources. Many members of the far right in Japan use this resulting lack of physical evidence as an excuse to avoid admitting the existence of comfort woman and accepting responsibility, but with the revelation of this diary from a man directly involved in military administration, and clear records of the use of comfort women, it will become harder for these people to continue their denials.