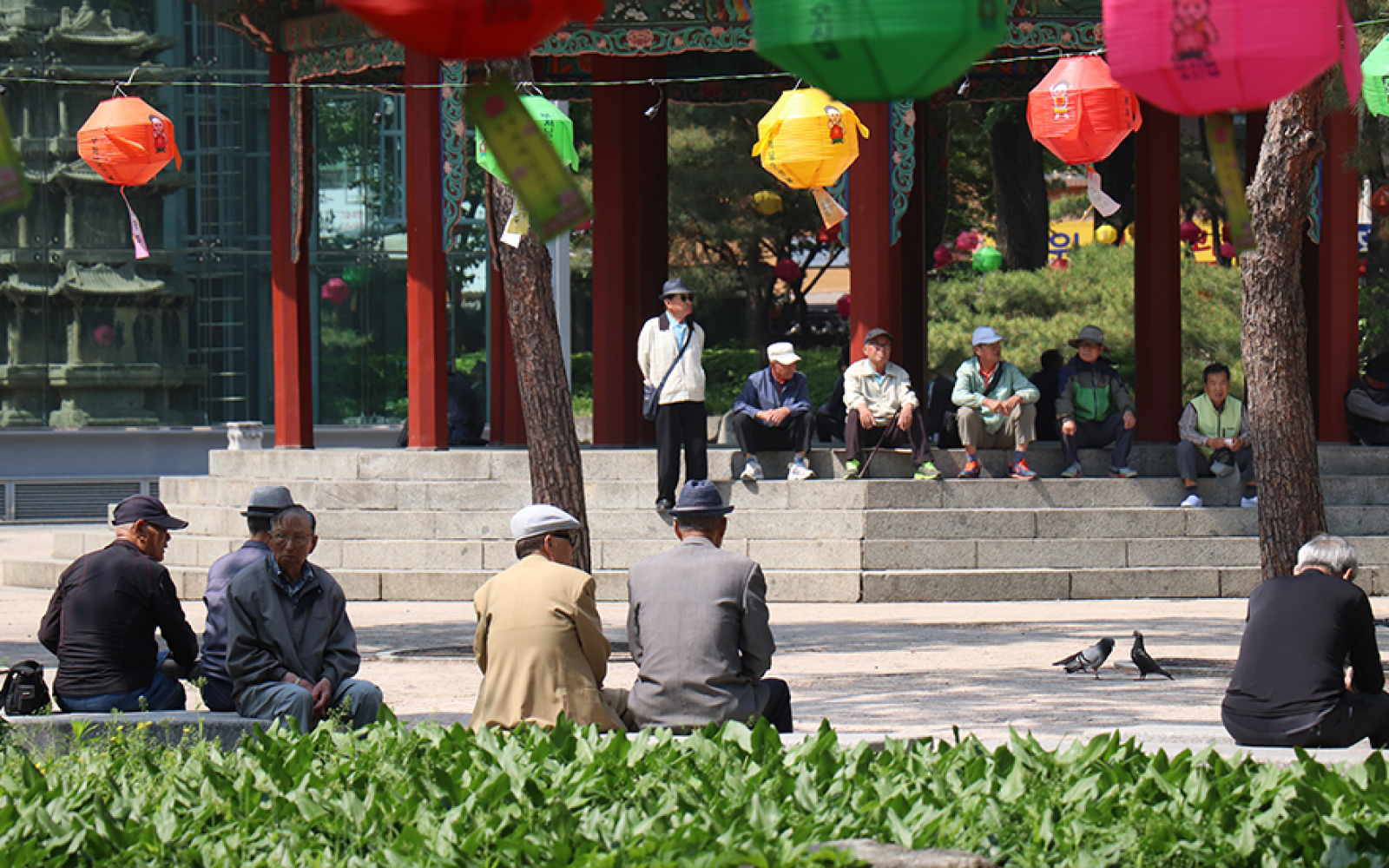 Geographically located in the old city center of Seoul as Korea’s first urban park, and historically located in a place where the March First Independence Movement took place in 1919, Tapgol Park today is more known as a favorite venue for the elderly (mainly male) people to spend time. From here begins the so-called ‘Jongno Silver Zone,’ a special district for the aged citizens, supported by the Seoul Metropolitan Government, a specimen of Korea’s harsh reality that the society is rapidly changing from an aging one to an aged one.