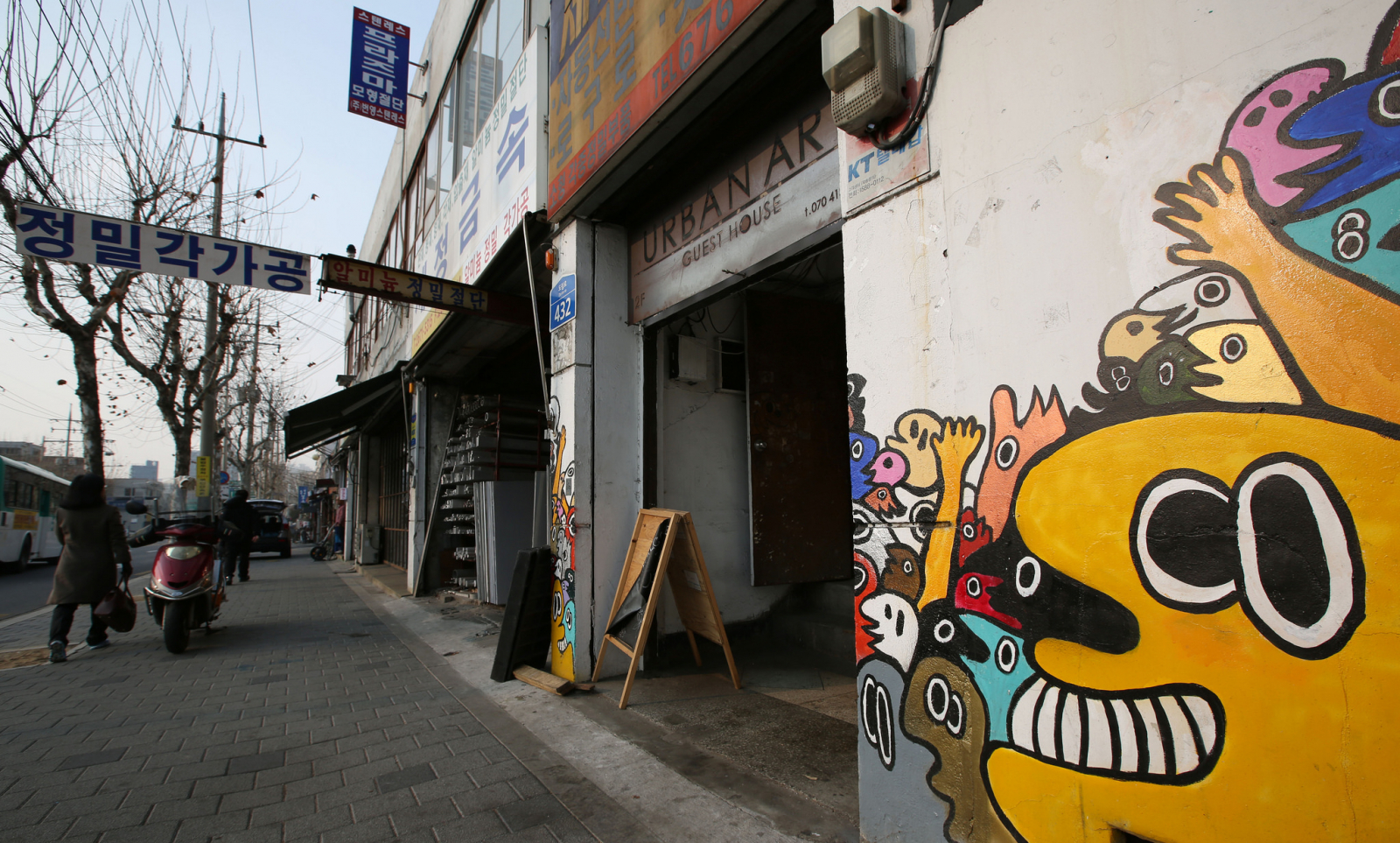 Mullae Arts Village in Seoul is a place where steel factories and art studios coexist side by side. The area used to be busy with many steel material workshops until 1990s, when the industry began declining, and many shops closing. Then, some artists found inexpensive studios in these deserted workshops. More artists began to join. Then, Seoul Foundation for Arts and Culture built here a creativity support center named Seoul Arts Space Mullae, which is generally called Mullae Art Factory. Presently in the Arts Village, there are some 100 studios with some 300 artists, added by restaurants, coffee shops, drinking bars, and visitors and tourists.