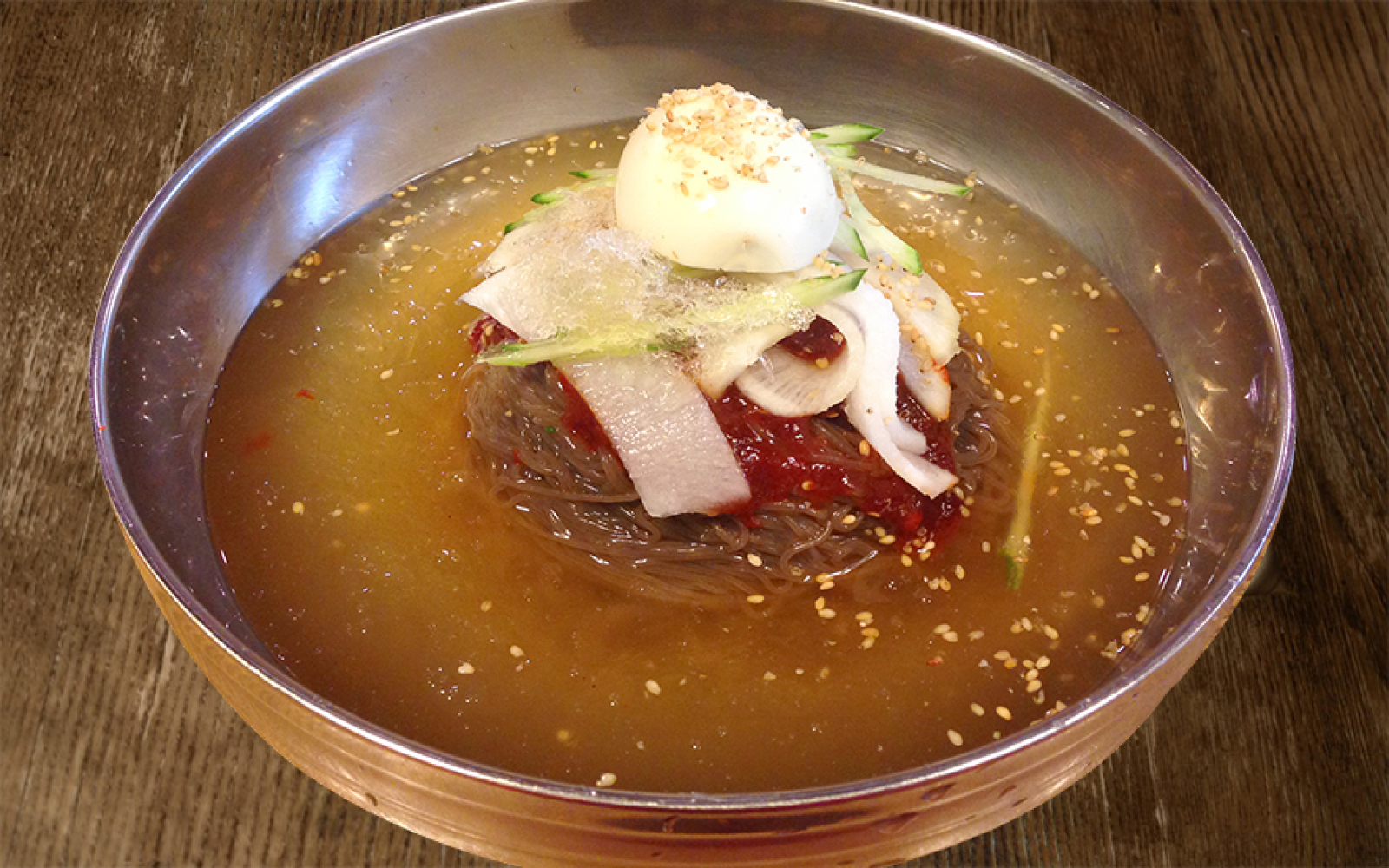 Naengmyeon, Korea’s favorite way to cool down during the hot summer

Naengmyeon is a cold noodle dish composed of thin, chewy noodles made with buckwheat and potato or sweet potato starch, and is far and away one of the most popular dishes among Koreans seeking a way to cool down during the hot and humid summer months.

Hamheung naengmyeon after another Northern city, in which the noodles are made mostly with potato or sweet potato starch, making them both thinner and chewier, and mixed in a red, spicy sauce.

The fact both of these dishes are named after North Korean cities reflects the origins of naengymyeon as a dish traditionally popular in the North, until refugees fleeing from the North during the Korean War spread it deep into the Southern half of the peninsula, where it subsequently exploded in popularity.